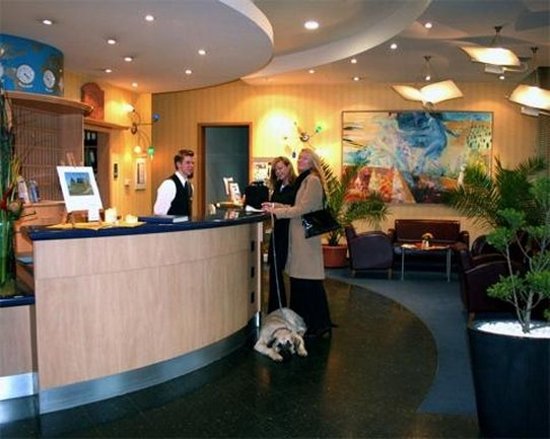 Here is your ideal starting point for visting Potsdam & Berlin

You can reach both of the cities easily by car or public transportation.

Most rooms are non-smoking, in addition the hotel offers 35 rooms for disabled guests.

Enjoy discovering those cities the easy way, information about sights and tours are available at our 24-hour reception desk. We are happy to assist you in finding your way round.

The city is served by two airports. The Tegel International Airport is the main airport for international carriers and is a hub for domestic flights (Lufthansa and Air Berlin). The airport is connected to various cities around the world like London (Heathrow Airport), Doha, Istanbul, Beijing, Vienna, etc. Major airlines serving this airport include British Airways, Qatar Airways, Swiss International Air Lines, United Airlines, etc. The Schönefeld airport is the base for charter flights, many low-cost airlines (Ryanair, easyJet and Germanwings) and most of the traffic from Eastern Europe.

Long-distance rail lines connect Berlin with all of the major cities of Germany and with many cities in the neighbouring European countries.

Berlin is well-connected to over 350 destinations in Europe via bus routes. The long-distance buses arrive at the Central Bus Terminal – Zentraler Omnibusbahnhof in Charlottenburg, Masurenallee.