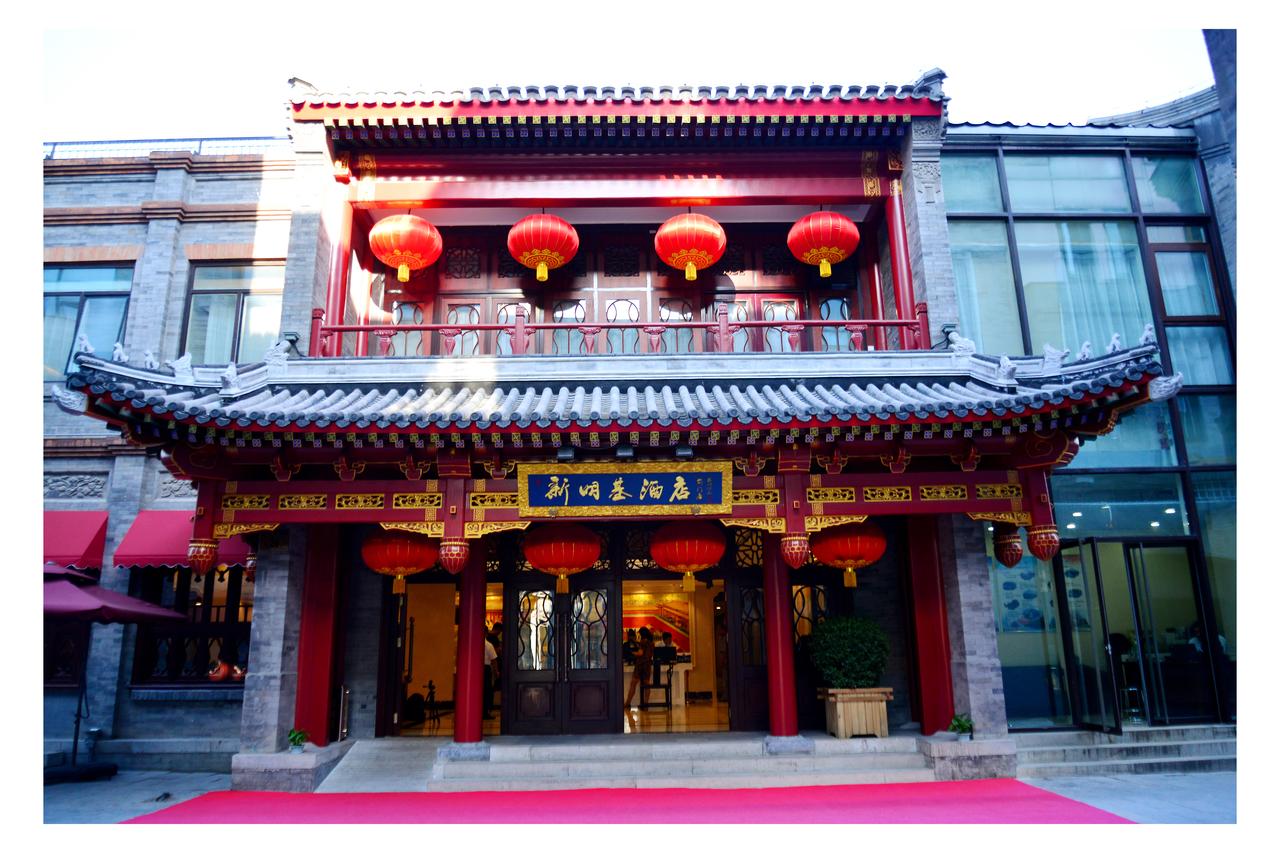 Beijing Palace Hotel is a 4-star venue placed about 6 km from Beijing Poly Theater. The property blends a Chinese architecture with all necessary comforts.

The hotel is 1350 meters away from Tiananmen Square . 20 minutes’ walk from Beijing city center.

The hotel boasts rooms with a mini-bar, a laptop-size safe, a personal computer, hi-fi and direct dial phone. Guests can take advantage of a bath, a shower and towels supplied in the bathrooms.

Offering a variety of meals, McDonalds and Qianmen Quanjude Roast Duck Restaurant are approximately 250 meters away.

The hotel offers a storage room, a safe deposit box and parking and such services as 24-hour reception, concierge service and wake up service.

Beijing is served by the Beijing Capital International Airport, for both domestic and international flights. The two other airports are Beijing Nanyuan Airport which serves one domestic airline and the Tianjin Binhai International Airport, which is situated in the first-tier city of Tianjin. The Beijing Airport is connected to various cities across the world, such as Vienna, Delhi, Amsterdam, London, Chicago, etc. and also to Chinese cities such as Baoshan, Anshan, Shanghai, etc. Major airlines serving this airport include Air China, Air France, American Airlines, Emirates and many more.

Beijing has several railway stations. Most of the trains arrive at the Central, South, West or North stations. As the busiest railway hub in China, Beijing has many trains that pass through the city. There are over 700 trains that connect the city to almost the entire country, every day. There are also a number of high-speed trains that link Beijing to other major destinations like Shanghai, Guangzhou, Xian, Harbin and Wuhan. There are also high-speed, inter-city trains to Tianjin, that take just half an hour of travel time.

Beijing is well-connected to all the major cities in China by bus routes. There are hourly buses to the neighbouring towns of Tianjin, Datong and Chengde. Beijing is connected with areas as far as Shanghai and the Mongolia border via long-distance buses. There are buses that go to Harbin or Xi’an as well. There are more than 20 long-distance bus stations in the city and most of the buses operating from there are express or regular buses. There are even sleeper buses as the journey could sometimes take over 24 hours.